My first travel article will have to be about my 3 week trip to Mexico, I’ve traveled to many places and nowhere has been as mesmerising as this beautiful country, even tho its been about a year, I still can’t stop raving about it. After some online research, me and my friend Greg have finally decided that Mexico was gonna be the place to go, we were looking for sun, beach, culture, food and adventure…

We landed in La Paz (state capital), the weather was amazing, and It didn’t takes us long to drop our bags at the Hotel, and start exploring. We stayed in a few places in La paz but this boutique hotel, Posada Luna Sol, was my favourite and I totally recommend, very cosy “hacienda”, friendly and helpful staff with a lot of local knowledge.

La Paz itself has a lot to offer but my highlights were: The Fish Tacos that we ate off a trailer from a local family, Super Tacos Baja California, we found them on the lonely planet guide. They had no idea what we were saying but they automatically treated us like family and fed us the most amazing fish tacos I’ve ever had, fresh fish, home prepared, total amazing first gastronomic impression; El Tupé was another hidden gem, we had to book it in advance and they only opened the restaurant specially for us, here we had a very unique dinning experience, everything was fresh local ingredients served on natural products such as local tamarind wood, slate and volcanic rock. We had a few dishes but for me the “Machaca Taco”, which is dried and rehydrated meat taco with a smoked quail egg on top, and the lamb lasagne with yogurt were the best;

Another highlight and probably my favourite one, was snorkelling at the Isla Espiritu Santo, just off the La paz bay. We took a boat trip with the guys for Mar y Aventuras, they organise all sorts of expeditions like kayaking and diving. 20 mins later we arrive at this beautiful island with amazing beaches, sea life, and the Sea lion colony, with a population of around 200 sea lions, this was a breath taking experience, we jumped in  the water and went swimming with these beautiful water creatures, it was so magical it felt like they were dancing with us.

Last but not least, if you fancy trying some of the so Famous Tequila and Mezcal, pop in for a tasting at the La Miserable Mezcaleria, staff were very welcoming, they knew their products and we tried some amazing mezcals, forget about the whole salt and lemon idea, tequila and mezcal are taken with orange slices and cinnamon.

After La Paz, We made our way down the west coast to the town of Todos os Santos, its a very small place in the middle of a desert and with not a lot to do, but it was Greg’s birthday so we decided to treat ourselves with some Boutique Hotel comfort and stayed at the “Hotel California” made so famous by the Eagles, at the reception we had a chat with the staff and they made arrangements for us to have a surfing day at the beach of Los Cerritos, another stunning beach.

Me snapping the Sunset at Hotel California (photo by Greg Dziedzicki)

All other photos by Luis Cruz

There was an error retrieving images from Instagram. An attempt will be remade in a few minutes. 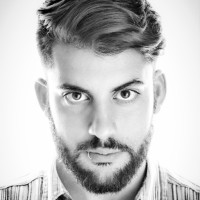